As part of Youth Silencing the Guns Campaign “ Advancing Youth Roles and Capacities to Silence the Guns” launched by the African Union (AU) on 24th July 2020, the Office of the Youth Envoy (OYE) in collaboration with partners will provide grants to youth projects through Youth STG Awards to celebrate, elevate and recognise youth impact in the communities with concrete support to grassroots efforts, as well as amplify young peacebuilders initiatives and stories through wide platforms.

Due to the challenges with COVID-19 outbreak, instead of the Youth Silencing the Guns Campaign initially planned continental tour to member states on the ground, the OYE is convening Regional Intergenerational Dialogues. The outcomes of OYE engagements will feed into the youth declaration and AU Youth Envoy briefings to the both AU Peace and security Council and UN Security Council.

Since independence, the several Member States of the AU have experienced diverse threats to peace and human security resulting in enormous deaths, injuries, displacement, the destruction of properties and livelihoods as well as the reversal of socio-economic and developmental gains. In order to alleviate human suffering, in May 2013, on the occasion of the 50th Anniversary of the Organization of African Unity (OAU), the Assembly of Heads of State and Government of the AU adopted a Solemn Declaration with the “determination to achieve the goal of a conflict-free Africa, to make peace a reality for all people and to end wars in the Continent. They pledged not to bequeath the burden of conflicts to the next generation of Africans and undertake to end all wars in Africa by 2020”, a commitment that is referred to as Silencing the Guns in Africa by 2020. To facilitate the attainment of the aforementioned commitments, the Peace and Security Council (PSC) developed, in 2016, the AU Master Roadmap of Practical Steps to Silence the Guns in Africa by the Year 2020 (AUMR), which is composed of five aspects namely, political, economic, social, environmental and legal aspects.

Since the adoption of the AUMR, several initiatives have been undertaken to fast-track the actualization of the agenda including the adoption of the AU Theme of the Year for 2020, as ‘Silencing the Guns: creating conducive conditions for Africa’s development’. In advancement of the agenda, AU acknowledges the important roles of youth as evident in key decisions of the PSC, such as its Press Statement [PSC/PR/BR. (DCCCXXIV)] adopted at its 824th meeting held on 5 February 2019, which was dedicated to an open session on Silencing the Guns. Council encouraged inclusive approaches to promote peace by all stakeholders, especially youth and women.

Recognizing that over 70% of the African population is below the age of 35, the AUC prioritizes mainstreaming of youth in all thematic areas of Agenda 2063 through their participation and creating opportunities for their development. Key decisions on Youth, Peace and Security are derived from Article 17 of the Africa Youth Charter, adopted by the Assembly in 2006; the dedication of the AU 2017 theme of the year as “Harnessing the Demographic Dividend through Investments in Youth”; the Continental Framework on Youth, Peace and Security, adopted by the AU-PSC at its 933rd Meeting held on June 23, 2020, as well as the UN Security Council Resolution 2250 (2015) with focus on five pillars of participation, prevention, protection, partnership, disengagement and reintegration and resolution 2419 (2018). These normative frameworks acknowledge the important roles of youth and call for their meaningful participation in all spectrums of peace and security.

The Youth Silencing the Guns Award was created by the AU Office of the Youth Envoy to celebrate, recognise and support young Africans behind impactful peacebuilding initiatives that are building a culture of peace. A total of Six Awards will be issued six categories

The award seeks to:

The award will go to any young man or woman who has contributed immensely to conflict prevention or resolution in their community/ country/ continent through mediation, negotiation, peacebuilding efforts, education and promoting peace, reconciliation and unity amongst others

The award will go to any young man or woman whose work helps to reduce the incidence of Gender-Based Violence in their community/ country/ continent, or who work to support victims of GBV

The award will go to any young man or woman, leading advocacy around unemployment in their community/ country/ continent; or contributing to solving the unemployment challenges in their country and creating jobs

Nominees must have an existing initiative/project. Impact must be demonstrated with quantitative and qualitative forms.

The project must be able to receive grant funds if Awarded. The projects led by the Nominee must not necessarily be registered as a nonprofit, NGO, or charity organization. Non registered projects will be considered for in kind support.

The Nominee must be the founder, co-founder, or visionary leader responsible for the project success and growth. Volunteers and paid staff who have not played a role in the project founding or vision are not qualified for an Award.

The Nominee’s project team must be youth-led and focused on peacebuilding. Projects led by a substantial number of adults above 35, while wonderful in their own right, do not align with this mission and may be disqualified.

Individuals nominated must have been doing this work with their organization for a minimum of 6 months (at least since the outbreak of the pandemic). Nominees with over six months of work showing innovation adopted to COVID-19 outbreak will be qualified.

The Nominee must have full knowledge that they are being nominated. We strongly recommend that the person you are nominating and the related project assist you in completing the nomination form.

The Nominee must be available to participate in the Virtual Youth STG Awards Ceremony, if he or she is selected as an Honoree.

Only one individual from a project can be nominated. If multiple individuals are nominated from the same project, we retain the right to select which Nomination Form/application to review, solely at the Selection Committee discretion.

If the Nominee is selected as a finalist, they must be willing to submit to a full investigation. The Selection Committee will screen and vet all finalists and their projects in a formal review process which substantiates their work.

Projects will be funded directly through partners in the form of either direct grant distribution or in the form of in kind support with the same value of the grant. 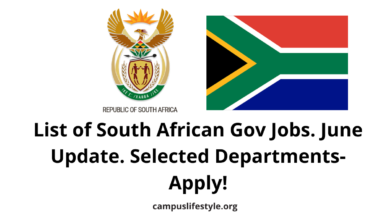 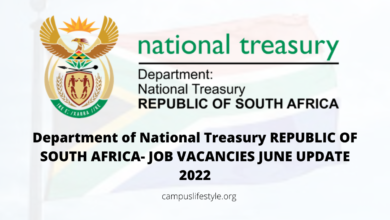